Lambert Pharmacal Company purchased the formula for Listerine from Dr. Lister in the 1880's. It has been produced ever since. Lambert Phramacal became Warner - Lambert. Today it is made by Johnson & Johnson. The containers Listerine came in started out as glass bottles with cork stoppers. Later the cork was replaced by rubber stoppers and then threaded tops were used. The glass bottles were replaced by plastic sometime in the 1980's to 1990's.

This 1930's era Listerine bottle was found by a construction worker when the city street the current owner lives on discovered it after the ground had been dug up during a roadway construction project. This bottle once had a cork stopper which is long gone. The bottle has raised lettering with the name Lambert Pharmacal at the bottom. This Listerine bottle is in the private collection of its current owner in NW Iowa. 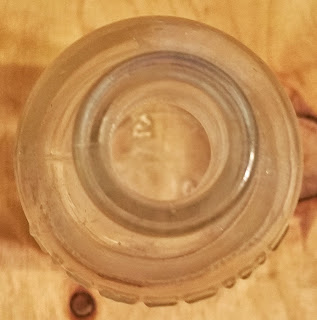 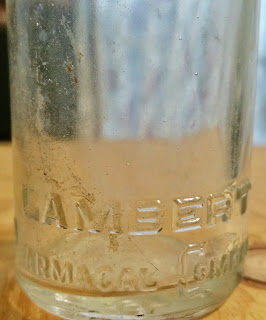 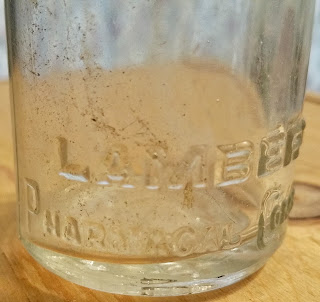 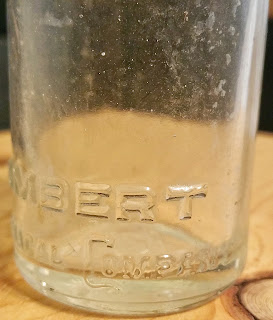 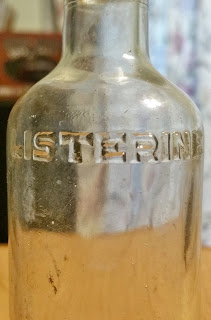 All time Most Popular Posts